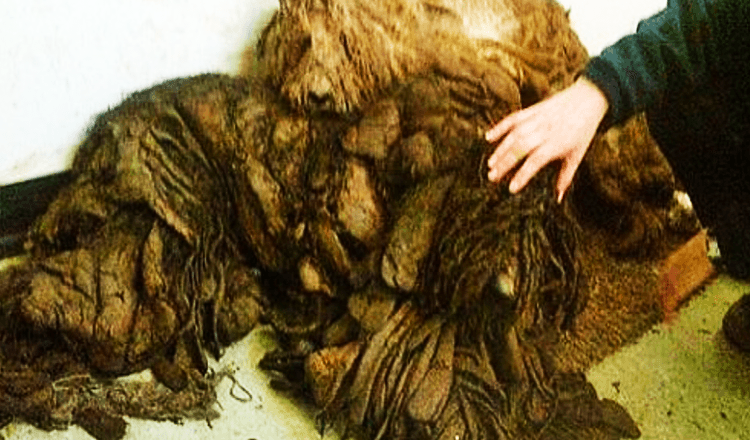 In Winchester in Hampshire Area, UK, a building employee called Matt Southcott was walking by a street when he saw a pile of rags. He really did not pay much attention to it, because hey, why would anybody bother with a pile of rags on the side of the road? But what stunned him was when he saw the rags move.

At first he thought they were sheep because their hair were so matted that they were unrecognizable. It turns out, what he saw weren’t rags or lamb at all– they were dogs with severely matted hair. But what’s much more heartbreaking was that they were a family of canines– a mother canine and her eight puppies.

Upon recognizing that the “rags” were really a family of dogs, Matt instantly contacted the Royal Society for the Prevention of Ruthlessness to Animals (RSCPA) so they can be rescued.

It took the groomers around 3 hours to shave each canine. Not only were the dogs dirty and severely matted, however they got scared each time a human touched them. These canines were seriously ignored and they might have been abused and beaten as well.

The dogs were so unclean, which revealed that they obtained very little or no treatment from their previous owner. The mother dog even had stones caught in her paw pads. When the groomer gathered all the matted hair they cut from the canines, they had the ability to fill up 3 large sacks with them.

The mama canine, that was around 8-years-old, was called Sian; and her pups, who were around one-year-old, were called Fay, Mavis, Martha, Justin, Wills, Kate, Maria and Dave.

We are relieved to recognize that these dogs are rescued and are now being taken care of.

A big thanks to Matt for not ignoring these canines and for calling the authorities so they can be rescued. We are likewise extremely grateful for RSCPA’s efforts in aiding these dogs and looking after them. 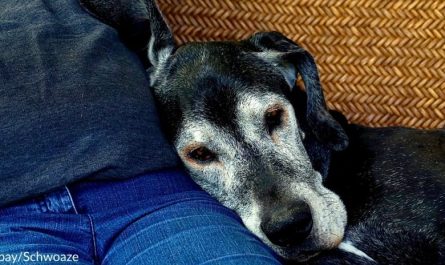 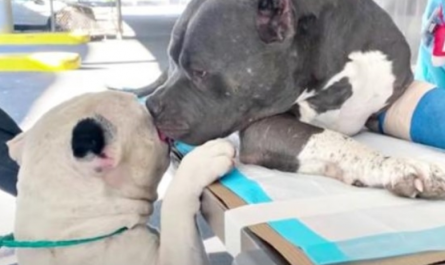 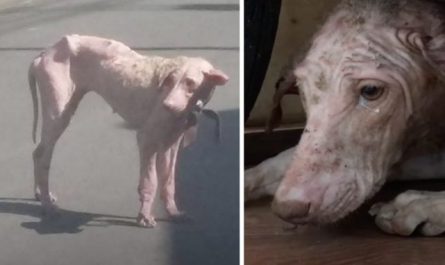 Pink Dog Seen Walking The Streets, However No One Can Touch Her